Paul Bede Johnson (born 2 November 1928 in Manchester, England) is an English journalist, historian, speechwriter and author. He was educated at the Jesuit independent school Stonyhurst College, and at Magdalen College, Oxford. Johnson first came to prominence in the 1950s as a journalist writing for, and later editing, the New Statesman magazine. A prolific writer, he has written over 50 books and contributed to numerous magazines and newspapers. While associated with the left in his early career, he is now a conservative popular historian. 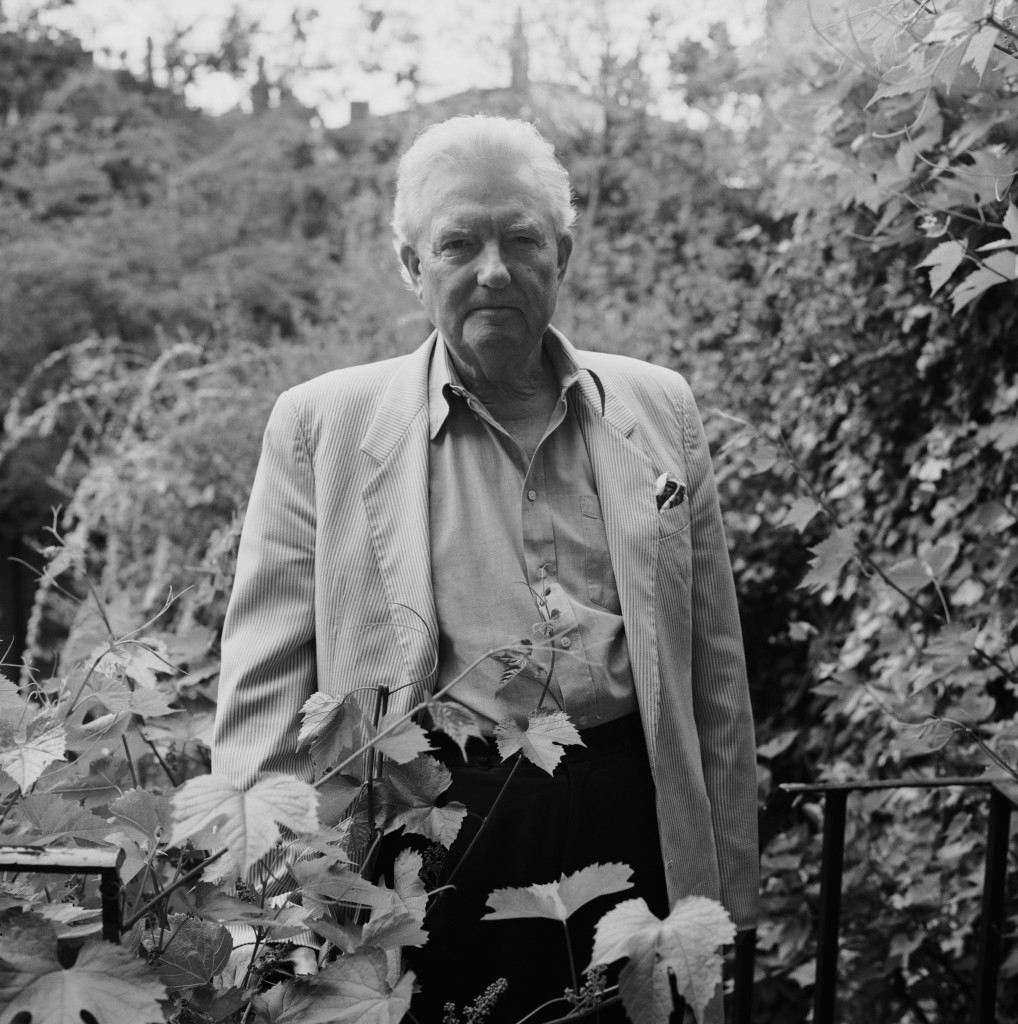 Johnson’s father, William Aloysius Johnson, was an artist and Principal of the Art School in Burslem. At Stonyhurst College Johnson received an education grounded in the Jesuit method, which he preferred over the more secularized curriculum of Oxford. One of his tutors at Oxford was historian A. J. P. Taylor.

After graduating with a second-class honours degree, Johnson performed his national service in the Army, joining the King’s Royal Rifle Corps and then the Royal Army Educational Corps where he was commissioned as a Captain (acting) based mainly in Gibraltar. Here he saw the “grim misery and cruelty of the Franco regime”. Johnson’s military record helped the Paris periodical Realités hire him, where he was assistant editor (1952–55).

Johnson adopted a left-wing political outlook during this period as he witnessed, in May 1952, the police response to a riot in Paris, the “ferocity [of which] I would not have believed had I not seen it with my own eyes.” Subsequently, he also served as the New Statesman’s Paris correspondent. For a time he was a convinced Bevanite and an associate of Aneurin Bevan himself. Moving back to London in 1955, he joined the Statesman’s staff; he was leader writer, deputy editor and then editor from 1965 to 1970.

Johnson received some resistance to his appointment as New Statesman editor, not least from the writer Leonard Woolf who objected to a Catholic’s filling the position, and Johnson was placed on six months’ probation. Some of Johnson’s articles already showed signs of iconoclasm: in 1964 he warned of “The Menace of Beatlism,” and he was also found suspect for his attendances at the soirées of Lady Antonia Fraser, then married to a Conservative MP.

Statesmen And Nations (1971), the anthology of his Statesman articles, contains numerous reviews of biographies of Conservative politicians and an openness to continental Europe; in one article Johnson took a positive view of events of May 1968 in Paris, although remaining conscious of the problems of violence in periods of political change. According to this book, Johnson filed 54 overseas reports during his Statesman years.

During the 1970s Johnson became increasingly conservative in his outlook, and has largely remained so. In his Enemies of Society (1977), following a series of articles in the British press, he opposed the trade union movement, perceiving it as violent and intolerant, terming trade unionists “fascists”. As Britain’s economy faltered, Johnson began to advocate future British Prime Minister Margaret Thatcher’s message of less government and less taxation. He was eventually won over to the Right and became one of Thatcher’s closest advisers. “In the 1970s Britain was on its knees. The Left had no answers. I became disgusted by the over-powerful trade unions which were destroying Britain,” he recalled later. After Thatcher’s victory in the general election of 1979 Johnson advised on changes to legislation concerning trade unions, and was also one of Thatcher’s speechwriters. “I was instantly drawn to her,” he recalls. “I’d known Margaret at Oxford. She was not a party person. She was an individual who made up her own mind. People would say that she was much influenced by Karl Popper or Frederick Hayek. The result was that Thatcher followed three guiding principles: truthfulness, honesty and never borrowing money,” says Johnson.

Johnson wrote a column for the conservative British weekly magazine The Spectator from 1981 to 2009; initially focusing on media developments, it subsequently acquired the title “And Another Thing”.

Johnson wrote a column for the Daily Mail until 2001.

He was a regular contributor to The Daily Telegraph, mainly as a book reviewer, and in the United States to The New York Times, The Wall Street Journal, Commentary, and the National Review. He also writes for the Current Events column at Forbes.com. For a time in the early 1980s he wrote for The Sun.

Johnson is a critic of modernity because of what he sees as its moral shortcomings, and also finds objectionable those who use Charles Darwin’s theory of evolution to justify their atheism or use it to promote biotechnological experimentation. As a result of Johnson’s views on evolution, the Darwinian scientist and noted atheist Richard Dawkins has been a target of Johnson’s pen in the past. As a conservative Catholic, Johnson also regards liberation theology as a heresy and defends clerical celibacy, but alludes to many good reasons for ordination of women as priests.

Admired by conservatives in the United States and elsewhere, he is strongly anti-communist. Johnson has defended Richard Nixon in the Watergate scandal, finding his cover-up considerably less heinous than Bill Clinton’s perjury, and Oliver North’s involvement in the Iran-Contra Affair. In his Spectator column Johnson defended his friend Jonathan Aitken, has expressed qualified approval for General Franco and Augusto Pinochet. On the other hand he has criticised European countries, in particular France, for being undemocratic.

He served on the Royal Commission on the Press (1974–77) and was a member of the Cable Authority (regulator) from 1984 to 1990. In 2006 Johnson was honoured with the Presidential Medal of Freedom by U.S. President George W. Bush.

Paul Johnson has been married to the psychotherapist and former Labour Party parliamentary candidate Marigold Hunt since 1958. They have three sons and a daughter: the journalist Daniel Johnson, a freelance writer, editor of Standpoint magazine, and previously associate editor of The Daily Telegraph who is married to the writer and birth educator Sarah Johnson nee Thompson; Luke Johnson, businessman and former chairman of Channel 4 Television; Cosmo Johnson; and Sophie Johnson-Clark, a television script editor. Paul Johnson has ten grandchildren.

Johnson is a watercolourist, painting mainly landscapes, and has exhibited regularly.